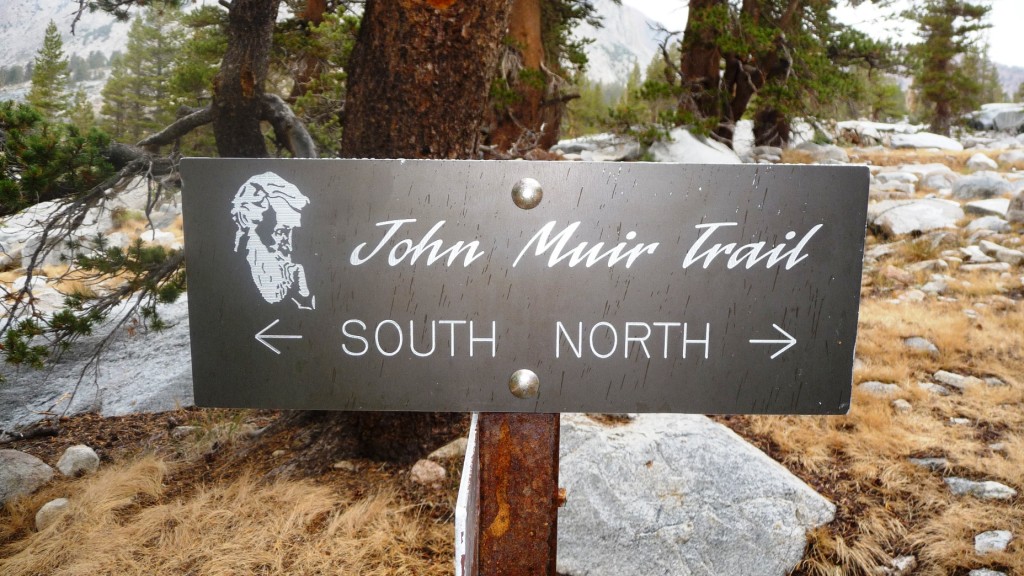 I was never really into hiking or backpacking until I hiked to Machu Picchu in Peru back in 2005. Ever since then, I have been wanting to do it again. I got the guidebook “The John Muir Tail, Through The Californian Sierra Nevada” by Alan Castle as a birthday present later that year. I must admit that originally I wasn’t overly inspired to do it. I felt that it was something I’d do eventually in my life, but didn’t have any concrete plans. I also wasn’t aware of how beautiful the Sierra Nevada in California really is. I always thought I had to travel thousands of miles to New Zealand or Nepal to hike beautiful mountains. How little did I know.

It wasn’t until mid-2008 that I seriously started planning. I made a short post on my blog back then, after purchasing the Big Agnes Seedhouse SL1 tent during an REI sale.

It takes a lot of time to plan for a trip like this. It was especially time consuming for me because I had to reacquire all my gear. My previous stuff were all stolen in Peru after Machu Picchu. I was lucky to discover the world of ultralight backpacking before I starting buying most of the gear.

When to go? How many days?

A lot of people suggest going later in the season, starting in the second half of August. Most of the snow should be melted by then and crossing the various streams should be much easier. There is also fewer mosquitoes this late into the summer. Based on this suggestion, I decided to start on Monday August 17, 2009.

The number of days to complete the hike depended a a few factors: How many free days can I take off work? I had a whole month, so my initial plan was to do the JMT in 25 days. Another factor is one’s hiking fitness level. Since I was pretty inexperienced with hiking, I didn’t know what would be a comfortable pace for me. 25 days would allow me to average about 10 miles a day and include 2-3 off days during the hike.

Originally, I planned to follow an slightly modified version of the itinerary found in Alan Castle’s guidebook. I split the Day 1 into 2 days mainly because I didn’t know how my body would react and didn’t want to push too hard at the beginning. I also added 2 rest days. This totaled 25 days.

I ended up doing it in 23 days by taking only 1 rest day, and combining the last 2 days into 1.

I called the Yosemite Valley Wilderness Center and got my permit exactly 24 weeks before my intended starting day. This is the earliest one can reserve for a particular day.

Once on the JMT, I met a good number of people who got to Yosemite Valley (northern trail head) without a permit. Apparently it’s pretty easy to get a walk-in permit if you just show up and stand in line outside the Wilderness Office really early the previous morning, say around 3-4am.

I have become a big fan of ultralight backpacking. The website BackpackingLight is a great resource. Since I had to buy pretty much everything, I spent a lot of time researching what items I needed to bring, and which was the best option for each item. I read the BackpackingLight’s forums almost everyday. I learned that every ounce saved adds up and makes a huge difference on the trail.

My final packing list was posted in the entry John Muir Trail Packing List. Without food, my pack was a little bit under 14.5 lbs (6.5 kg). Two of the items I rented instead of buying: The SPOT Satellite Messenger (a new version was about to come out) and the Bearikade Expedition Bear Canister (I didn’t think I’d need this big of a canister in the future, unless I did the JMT again). Many people in the forums also advised that rain gear was not necessary on the JMT. The chances of rain is so low that it’s not necessary to bring something I’d only use only once or twice during the entire trip. This made sense to me. It also meant I wouldn’t need to spend more money buying more stuff.

A few months before departure, I posted my tentative packing list on the forums and asked the members there to critique it. They help me a lot to fine tune the list even more. I replaced my heavy and bulky synthetic sleeping bag with the Mont-Bell U.L. Spiral Down Hugger #3. It was my biggest purchase yet. Pretty expensive at $220 but in the end it was worth it for me. I’m a firm believer of spending a little more to get the an item that you’ll be happy for years, instead of buying something cheap that doesn’t fully meet my needs.

I also learned some cool tricks to save space and weight on toiletries on this forum post. Many people on the trail were amazed by the “toothpaste dots” when I showed it to them.

Another thing worth mentioning is footwear. At first I was hesitant about wearing lightweight trail running shoes, but I decided to give it a shot. One of the advantages of having a light pack is that you don’t need super sturdy boots as your ankles don’t need to support so much weight. A year before the hike I bought a pair of New Balance 920. They were comfortable but the sole proved to be too slippery for gravel. I ended up taking a pair of New Balance 875 to the JMT. It worked perfectly, and I plan to always use trail runners in the future except in extreme situations.

I had never hiked with hiking poles prior to this hike, but having had an ACL surgery before on my right knee, I decided to get an pair of Gossamer Gear Lightrek 4 Trekking Poles with Straps. I tested them on my last training hike and the difference they made on my knees and ankles were enormous. I wasn’t nearly as sore at the end of the day. They also helped a lot going uphill since my arms were able to assist my quads. Some people have complained that these poles can break easily. My experience was the opposite though. I slipped pretty hard a couple of times on the JMT and put my entire body weight on one single pole. They were able to absorb all my weight and prevent me from falling. I also have a very positive opinion of the Gossamer Gear company. The owners really make sure you are 100% satisfied with the product.

After much deliberation, I decided to go with a no-cook diet. I have never been very particular about food and I could not justify bringing a stove and fuel canisters just to cook one meal per day. I must admit this was risky because of my hiking inexperience. I had never gone on such a long hike and didn’t know if I would go crazy eating cold food for weeks.

Below was my planned daily diet. It doesn’t mean that I ate exactly 4 ounces of dried fruit or 2 ounces of cheese everyday, but it ended up averaging about that.

The table below describes the food I brought to begin the trail, and the food I sent and picked up at each resupply point. The weight for each item is in ounces. The totals at the bottom is in pounds.

It ended up working out fine for me. While talking with others on the trail, many told me they couldn’t have gone for so long without a hot meal, so this really comes down to personal preference. I would go again with a no-cook diet on a long hike like this, but on a weekend hike where I don’t have to carry 10 days of food, I think I’d treat myself with hot meals.

I did 3 hikes to Mount Baldy as training. It is a tough trail with a 4000 feet elevation change in 4 miles each way. I write about these hikes in this post.

I’m lucky to live only a few hundred miles away from Yosemite Valley. I took a bus from Fullerton to Bakersfield, and then the San Joaquin Amtrack train to Merced. From there it was the YARTS bus to Yosemite Valley.

On the way back, I took the Eastern Sierra Transit Authority bus from Lone Pine to Lancaster, followed by the Metrolink Antelope Valley Line train to Downtown LA.