After a 3 hour ride as a passenger on a Suzuki SV1000 motorcycle last September, I got off the bike knowing that I had no choice but to get one myself. I don’t remember the last time I felt this way about acquiring a material object. I’ve always had very strong desires to do activities like traveling or hiking, but I usually don’t feel this way about buying things. In this case though, I was certain that I could not resist doing it.

I started shopping for used bikes towards the end of last year and first put my eye on the Honda Shadow, but the styling of touring/cruiser bikes never convinced me. I then fell in love with the aesthetics of the Ducati Monster. The bike itself was a little more than what I was willing to spend, but after finding out how expensive Ducatis are to maintain, I gave up on it. I started reading a lot of motorcycle forums, especially the advice given to beginners. It was from there that I found out about the Kawasaki Ninja 250: a cheap, easy to maintain, easy to handle, fun bike suited for beginners.

At the end of December I took the Motorcycle Safety Foundation course. Prior to this, my only experience had been on a scooter during a visit to Taiwan when I was around 14 years old. My scooter joyride didn’t last long since I dropped it after only a few seconds. The MSF course was very useful. I never though I could go from complete newbie to riding in only 2 days. Completing the course and passing the riding exam at the end of it meant that I could bypass the riding test at the DMV for my motorcycle license. I waited a few days for the certificate of completion of the course to arrive in the mail, and the very next day I went to the DMV to take the written exam. I passed and got a temporary license right away. About a week later I got my new class CM1 driver’s license card in the mail.

It was now mid-January and I was very getting tired of shopping for bikes on Craigslist everyday. The Ninja 250 is a bike that retains its value very well. I wanted a 2008-2012 model and good deals were very heard to find. A week passed and I saw an ad for a 2010 model with a special edition paint scheme of black and red. I must admit that I was not in love with the Ninja 250 color choices until I saw this one. The bike only had around 1000 miles in it and looked almost brand new. Price-wise, it wasn’t a great deal, but I was willing to pay a little more for a color scheme that I really liked. That very same night I drove a long way to San Fernando Valley to check out the bike.

While driving there, and with the cash in my pocket, I wondered if I knew what the heck I was doing. It was exciting and scary at the same time. I thought about the possible trips I could take, like riding up Highway 1 from Los Angeles to San Francisco, or maybe even going border to border from Mexico to Canada. I also thought about dangers of riding and how the margin of error is much thinner than driving a car. Not to mention that making a purchase (and lifestyle change) like this was totally against my plan of quitting my job and going on a multi-year trip at the end of the year. Deep inside though, I knew that the decision to buy the bike had already been made. There was no going back.

I arrived at the meeting place and saw my future best friend for the first time. It was beautiful and after walking around it a few times and checking a few things on it (I really didn’t know what I was doing) I shook the owners hand and bought it. Full of excitement and fear, I got on it and rode it around the area for a bit. I felt comfortable with it right away. The clutch, the gear shifter, the riding position, everything. I was never comfortable with the bikes they gave us at the MSF course, but the Ninja felt great right away.

I rode it about 20 miles to a my friend Elizabeth’s house, where I left the bike for the night. It was an exhilarating ride since I had never ridden faster that 20mph until then. She then took me back to where I bought the bike to pick up my car, which I drove home. Two days later I took public transportation to pick up my bike and rode it 50 miles home. The whole journey was through local streets since I was still scared of getting on the freeway. I rode through many neighborhoods and took in the sights and smells of each place. Unlike driving car, you can smell everything while riding a bike, from nice scents of bakeries and restaurants to the nasty exhaust fumes from the cars ahead. I got home without stalling the bike once.

I’ve had the bike for almost 3 months now and I have ridden most days, putting over 2000 miles on it. It has been a blast. Some of the local rides I have taken include the Pacific Coast Highway through Orange Country, Ortega Highway to Lake Elsinore, and Highways 243 and 74 to Idyllwild and Hemet.

I found out a few negative things about owning a motorcycle during this time. The main one being that gear is expensive, and good gear is very expensive. I also realized that it’s not as practical as it seemed. Good safe riding gear is not always comfortable to wear or carry off the bike. I also noticed that a lot of people really don’t pay attention while driving cars. Since I’m more alert and vigilant when riding a bike than driving a car, I notice all the time that lots of drivers text, eat, put on makeup while going 80 mph.

All in all, I have no regrets at all about buying a motorcycle. It has made going from point A to point B exponentially more fun. I’m glad I got to do this before going away to travel. Who knows what my life circumstances will be when I get back.

I can’t wait to take it on a few long distance trips this summer. 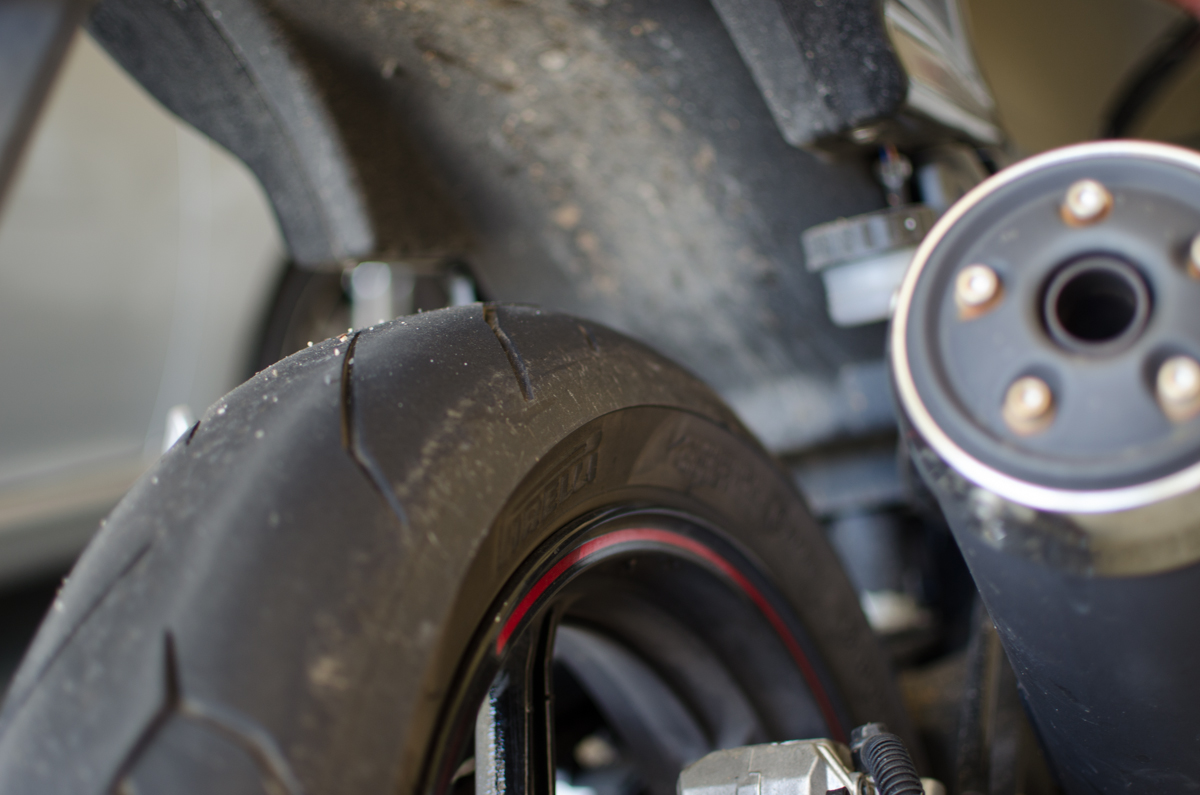 The road to Mount Cook in New Zealand's South Isla

Good to be back in LA #dodgers #playoffs #postseas